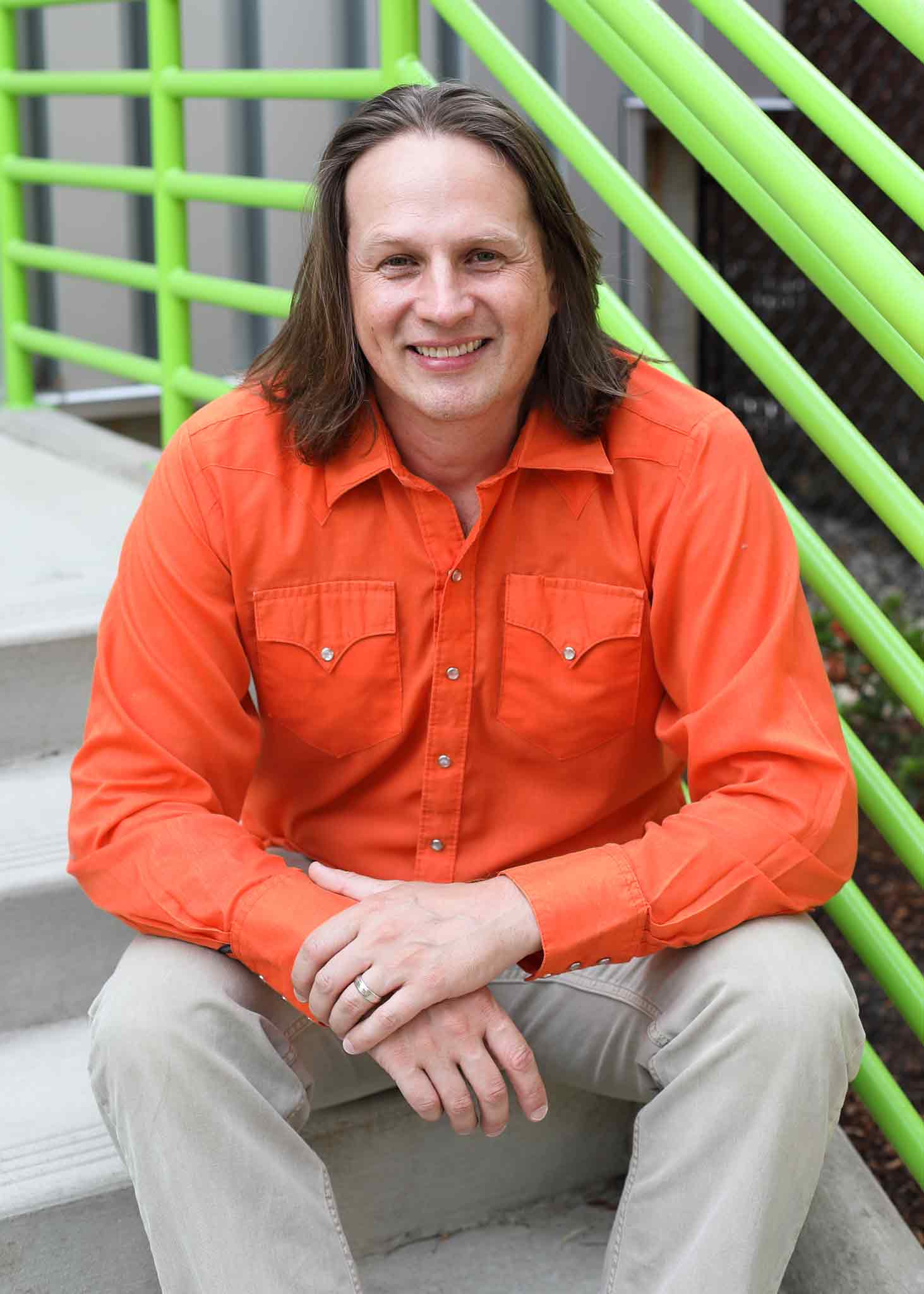 Brighton is a Midwest boy, born and raised in Wisconsin. Once he flew the coop, Brighton realized it was time to see the world – or at least the country. He started his professional career at a commercial landscape architectural firm in Atlanta, Georgia that specialized in mall parking lots. Yup, mall parking lots.

After two years he’d had it with mall parking lots, so he became the IT guy at one of the world’s largest architectural firms. One that designed stadiums. Much cooler than parking lots. Brighton honed his IT chops there for five years.

Outside of work, Brighton was making films – lots of them. Many of his friends in Atlanta worked for CNN and made short videos on the side for fun. That was Brighton’s introduction to filmmaking.

Brighton and his friends made all sorts of short movies – everything from comedy to drama to suspense – and they’d cajole their wannabe actor friends to play different parts. Brighton even founded a film festival in Atlanta which was lovingly dubbed “My First and Last Film Festival.” Their target audience? People new to film who would probably never make a film again. That was the start of Brighton’s adventures in helping his non-filmmaking friends make cool films.

The film festival took place during the pre-YouTube, so IT dork that he was, Brighton created a website that was his attempt at YouTube. It ran painfully slow and the videos were tiny. But it was undeniably cool because people could watch films that their friends made online.

One of the benefits of being the film guy was that Brighton got to meet a lot of people. And one night he met a stunning woman sitting on the couch in his living room. A year later they got married in Key West Florida.

Two things changed Brighton’s life: his wedding and watching “Fight Club.” The line “this is your life and it’s ending one minute at a time” became Brighton’s mantra. He taped that quote to his computer screen at work. The next day, Brighton got a call from a non-profit called Trees Atlanta where he learned the ropes of building a program from scratch.

A few years later, Brighton and his wife Kat decided they were ready for a big move out West to Portland, Oregon. Brighton’s original plan was to pursue a film career. But sometimes opportunities get in the way of ambitions, so Brighton accepted a surprise job offer from a non-profit that planted trees in neighborhoods throughout Portland. He worked his way up to Deputy Director and grew the organization significantly.

Brighton continued making films as a hobby. He made a documentary about the Hawthorne bridge operators, another one on immigration, and another about a tiny newspaper editor who broke a huge story about a corrupt commercial real estate owner. One of his favorite films was a documentary he made about his uncle Jerry who rode 100,000 miles on his bicycle before his 72nd birthday. Brighton called it “Next Stop the Moon.” It was shown at a film festival in Portland and Uncle Jerry got to join Brighton on stage for an audience Q&A session after the film.

Brighton’s most recent creative project was a parody of the hit TV show Portlandia. His show was set in the unmistakably suburban city of Vancouver Washington, just on the other side of the Columbia river from Portland. His first episode has been viewed over 200,000 times.

Along the way, people kept asking Brighton “How did you make these films?” and “How did you get so many people to watch them?” So that got Brighton thinking again about helping people get their message out there. He realized that he felt a particular affinity for coaches. Pretty much every coach Brighton has met is decidedly positive and really committed to helping their fellow humans. And online video is a great match for coaches. So Brighton married these together in a business that he can operate from anywhere.

So that’s the long and the short of how Brighton got to where he is today.

If you’re a coach, therapist or consultant interested in working with Brighton, schedule a free call. And if you’d like to bring Brighton in to talk to your group in person or by webinar, visit the speaker page.

Check your inbox for the guide I just sent you

This is an non-necessary category.